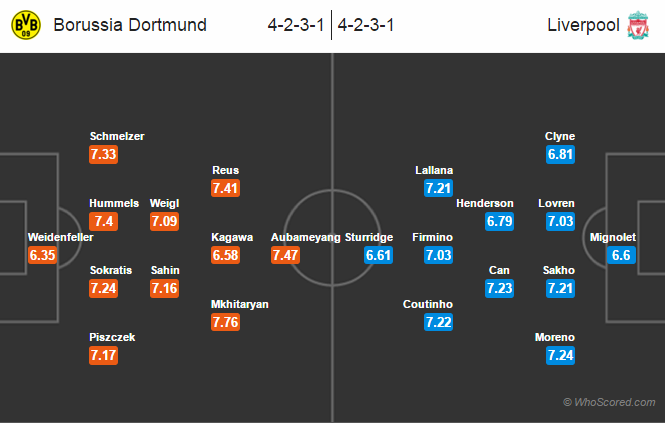 Team News:
Borussia Dortmund
Liverpool
Stats:
Predictions:
Dortmund 1 – 2 Liverpool, a tough and an exciting game. Both the teams will keep fine possession but Liverpool will be lucky to score a winner in the final quarter of the match.