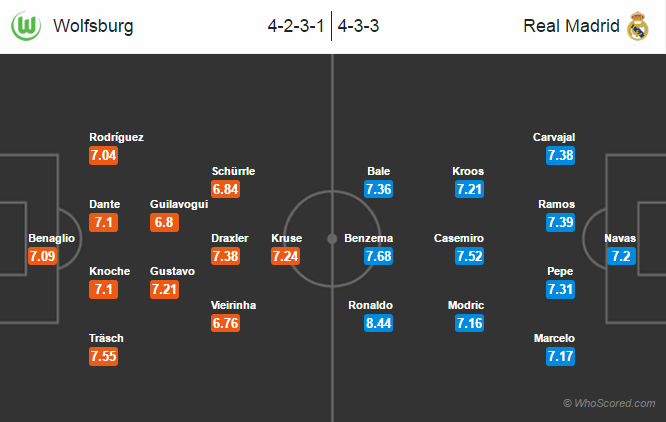 Team News:
Wolfsburg
HOW TO WATCH LIVE ONLINE? HERE IS THE FULL GUIDE!

Wolfsburg 1 – 3 Real Madrid, Karim Benzema to score a brace for the away side.
Two away goals for the La Liga giants would be enough for them tonight.