Sunderland will be hoping to leave the relegation zone by getting atleast a point against the Gunners today in a Premier League game at Stadium of Light.
Kick Off: 14:05 BST
Date: Sunday, 24th April, 2016
Venue: Stadium of Light, Sunderland
Referee: Mike Dean 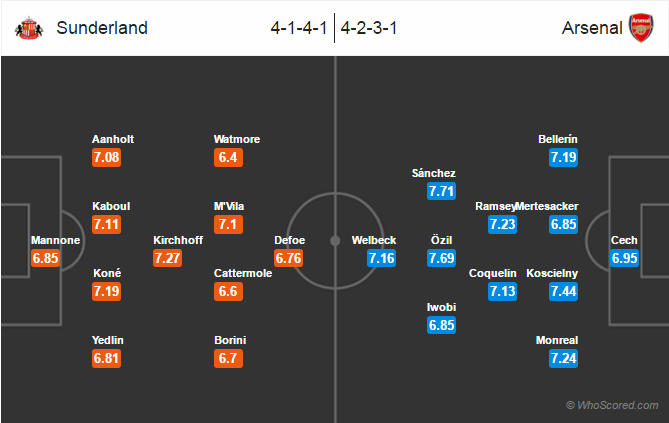 
HOW TO WATCH LIVE ONLINE? HERE IS THE FULL GUIDE!
Arsenal
Stats:
Predictions:
Sunderland 2 – 2 Arsenal, Alexis Sanchez to score for the away side.