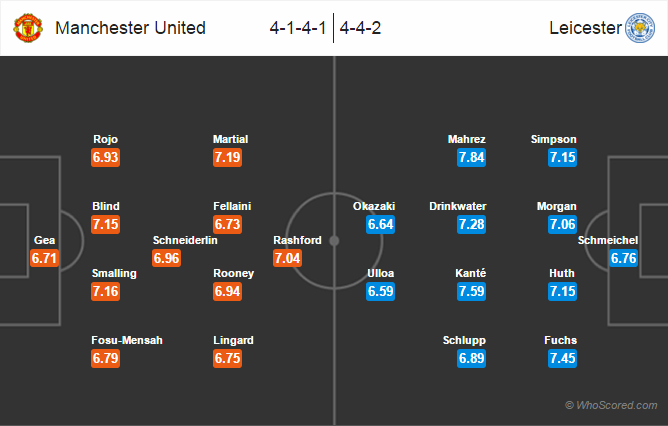 Manchester United 1 – 1 Leicester City, Riyad Mahrez to score the equalizer for the visitors.