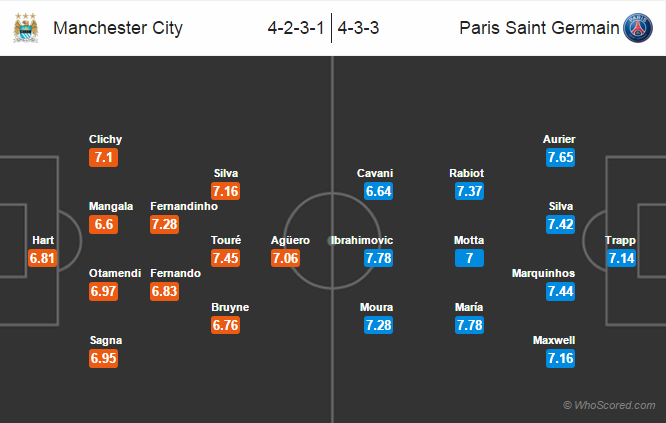 Predictions:
Manchester City 1 – 1 PSG, Sergio Aguero to score the equalizer for the home side.