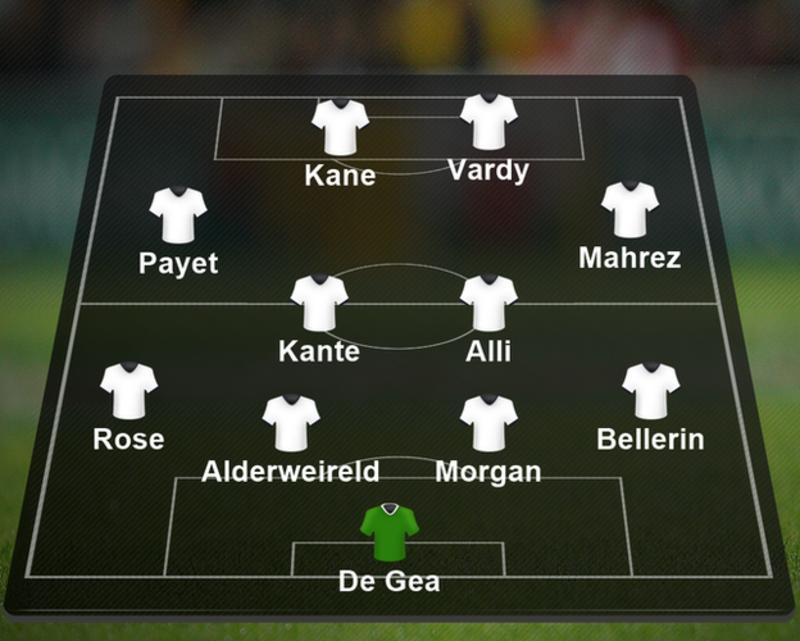 Striking places goes to Leicester’s Jamie Vardy and Spurs’ Harry Kane who both are fighting for the Golden Boot.

Wes Morgan, N'Golo Kante and Riyad Mahrez are the other three stars from Leicester who got the names.

Toby Alderweireld, Danny Rose and Dele Alli all joined the rest of the positions from the London side Spurs.

Arsenal midfielder Mesut Ozil failed to make it to the team despite of his 18 assists so far this season. Alli took the expected position from Ozil after his recent impressive performances.

West Ham United star attacker Dimitri Payet and full-back Hector Bellerin of Arsenal are the final two players who are named in the lineup.


The PFA awards ceremony will be held on the coming Sunday 24th of April, where PFA player of the year plus young player of the year will be announced. Vardy, Kane, Mahrez, Kane, Ozil and Payet are all nominated for the first category.