Do you want Arsene Wenger to leave Arsenal job?

Arsenal fans are now looking for a new manager after seeing a disappointing season under veteran boss Arsene Wenger. 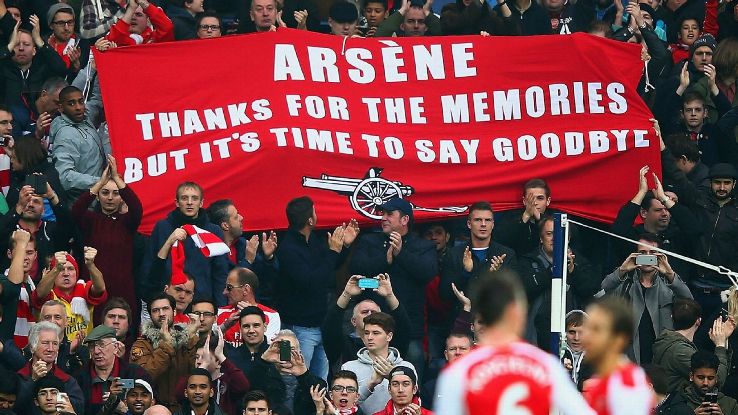 Arsenal fans are keen to have a new boss at the Emirates Stadium for the next season. They have now started a campaign against Arsenal boss on every social media.

Arsene Wenger has been serving the Gunners for the past 20 years and has given Arsenal so many titles but now its time to leave the club and stay at home, according to the fans.

However, the Gunners supporters should not forget the services he has been giving to the club. He won three Premier League titles and six FA Cups. Also, Wenger has not failed to finish below a Champions League spot and with this squad it will not be an easy task for a new manager to stay at this position.


Some Arsenal supporters are saying that getting Champions League is not a positive point when you cannot do anything in it.

It is true that the North London side were leading the table in the start of this calendar year but now are again at their favourite fourth spot and could lose as Manchester United are not far from them.

Arsenal major concerns were Santi Cazorla and Francis Coquelin who both were the reason of this downfall. The duo were impressive in the first half but ultimately the injuries took the start of few months of this year which dropped Arsenal in the Premier League table. Cazorla has still not returned to action.

For me Arsenal officials would be in trouble after sacking Wenger because currently there is no top manager who will be willing to do this job. Jose Mourinho has reportedly joined Manchester united on a pre deal while Pep Guardiola will be the next Manchester City boss.

The new boss will for sure ask Arsenal for a big transfer budget in order to fullfill the expectations of the fans.

Do you want Arsene Wenger to leave Arsenal job?
Have your say below.