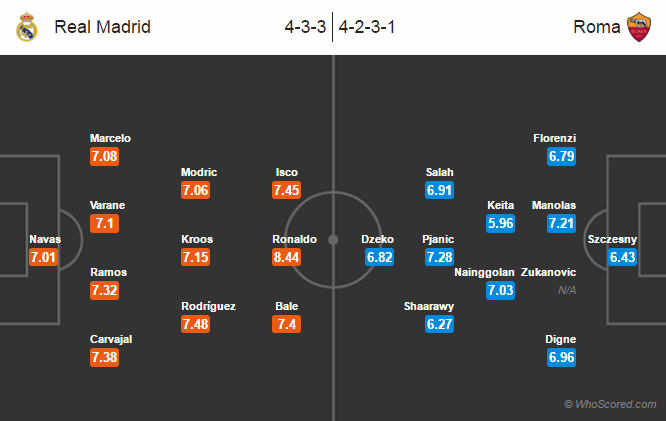 Predictions:
Real Madrid 3 – 1 Roma, Cristiano Ronaldo to score a brace for the home side.