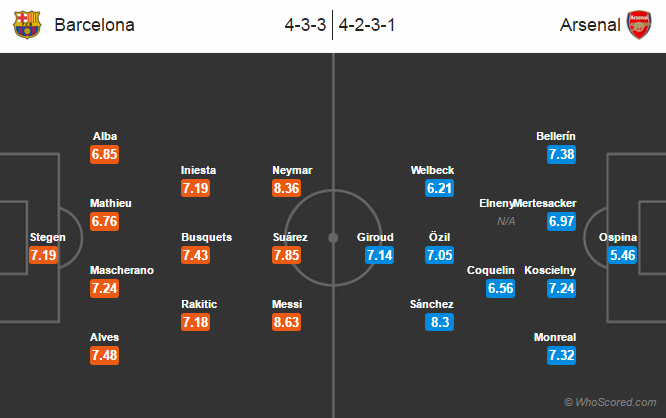 Team News:
Barcelona
HOW TO WATCH LIVE ONLINE? HERE IS THE FULL GUIDE!

Predictions:
Barcelona 2 – 0 Arsenal, Luis Suarez to score a brace for the home side. The home side have already won their first leg with two away goals and are now likely to double their score.