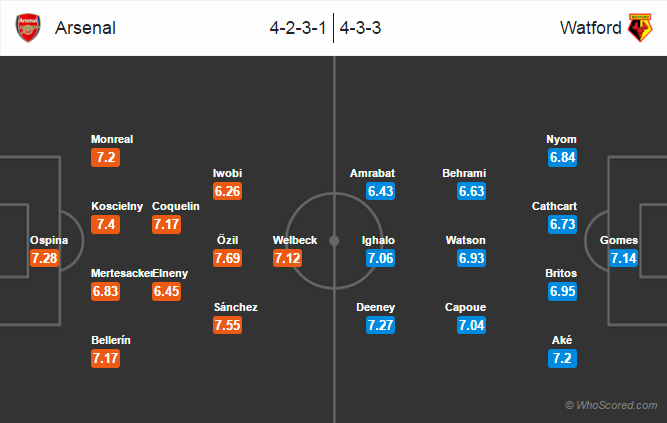 
Stats:
Predictions:
Arsenal 2 – 0 Watford, Danny Welbeck to score a goal for the home side.