Arsenal trio Theo Walcott, Jack Wilshere and Alex Oxalade-Chamberlain are likely to lose their spot from the England squad ahead of theEuro Championship 2016. 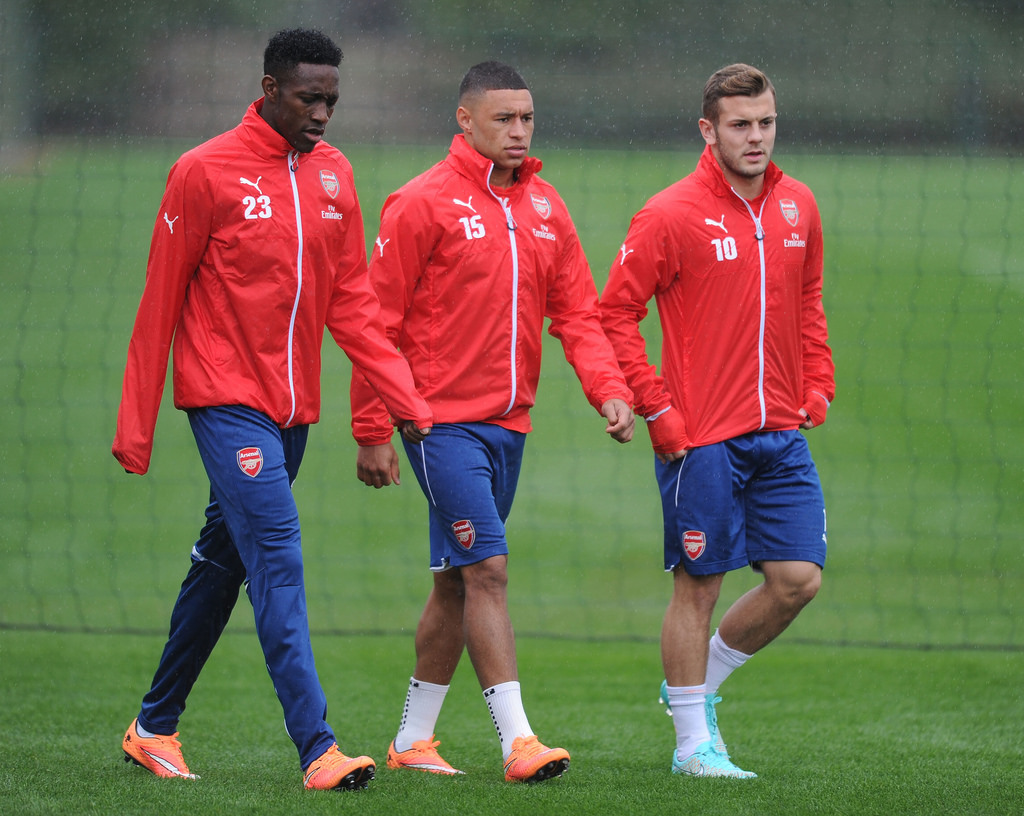 Jack Wilshere, Alex Oxlade-Chamberlain and Theo Walcott all have been regular for England but due to injury and other talented players they could lose their spot from the squad.

Yesterday, England came from two goals down to win against Germany, Arsenal striker Danny Welbeck was replaced by Jamie Vardy who netted the second goal for the Three Lions.
Welbeck might not lose his place from the squad but he could see himself more at the bench now as Vardy has continued his club performance at the international level.

England boss Roy Hodgson will be taking 23 players to the Euro tournament and it remains unseen whether his favourite attacker Alex Oxlade-Chamberlain will be able to make it or not.

Chamberlain has missed major part of this season due to injury and despite of it he has not reached the level that was expected from him.

While, Wilshere is certainly going to miss this competition as he has not featured for the Gunners since July and is still not sure whether he will make it before the season ends. Same goes for Theo Walcott who has featured but has not returned to his top form.

Do you think they deserve a chance?
Have your say below!