Manchester United have agreed a deal with Dutch side Feyenoord for their starlet Tahith Chong, according to latest reports from Manchester Evening News. 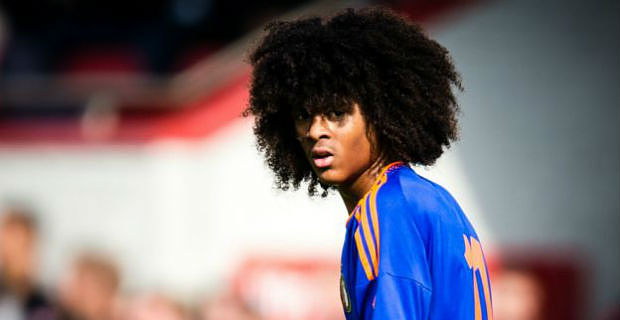 The teenager has been highly rated in the Dutch league and several of top sides have been keeping tabs on him for the past few months.

Premier League giants Arsenal and Manchester United are among those who are keen to seal his deal this summer. Some top clubs including Bayern Munich and Inter Milan have also been reportedly in the race.

Dutch journalist Mikos Gouka has revealed that the player is going to be a top talent in the future, he is only 16-year-old and already made the headlines.

Chong told that its true that the Red Devils are interested in him but he is still focusing on Feyenoord and is planning to stay at the Dutch side. He is expecting that the club will give him a new deal soon.

Man United have been producing top talents and currently have youngsters like Marcus Rashford who has been exceptional for them. He has already netted against Arsenal and Manchester City.