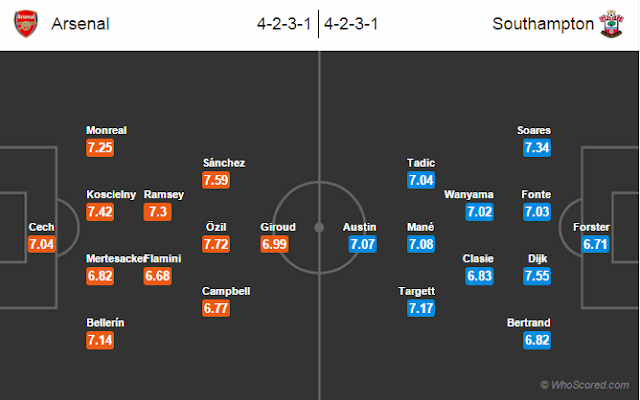 
Stats:
Prediction:
Arsenal 3 – 1 Southampton, Olivier Giroud to score a brace for the home side.
A win for the home side will take them to the top of Premier League table, depending on Leicester City result who will face Liverpool at home.