Arsenal are keeping tabs on Ajax youngster Riechedly Bazoer, according to the latest reports from Daily Mirror. 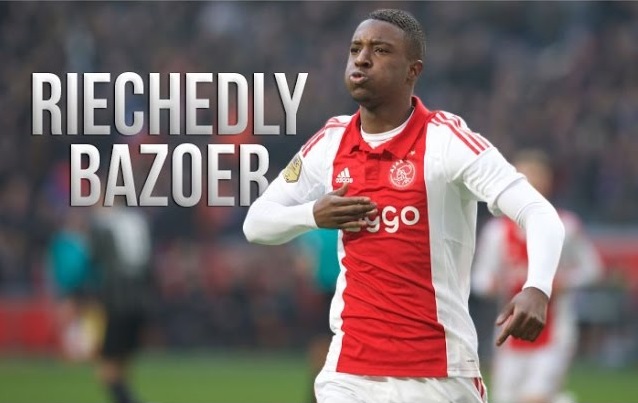 The Daily Mirror reported that the Gunners are preparing a £15million bid for the Dutch star.
The French boss has been keeping tabs on him for the past few months and now is likely to send scouts to continue monitoring his game.

The 19-year-old has been rated very highly and is also named as the Dutch Vieira.

Premier League giants Manchester City are also said to be interested in his move but the Gunners are likely to win the race. However, Pep Guardiola who will be the new boss at the Etihad stadium might take serious interest.

Arsenal will be in need of midfielder in the summer as Mikel Arteta, Mathieu Flamini and Thomas Rosicky are all likely to leave the club.

Bazoer has netted five goals in 36 games for the Dutch outfit.

He who is valued around £15million is left with four years in his current Ajax contract. His contract will expire in 2020 summer and Ajax are looking to give a him a new deal.