Arsenal Injury Updated. Gunners have received a big boost for the duo midfielders Jack Wilshere and Santi Cazorla as both are set to return to action,.

Arsenal have received a big boost for the duo midfielders Jack Wilshere and Santi Cazorla as both are set to return to action, as per Arsenal.com. 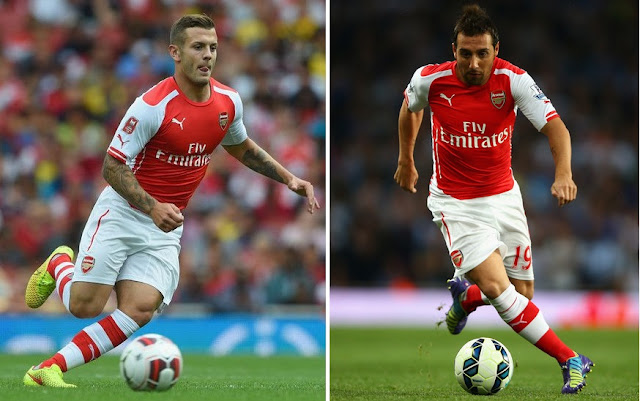 Arsenal boss Arsene Wenger is confident that duo midfielders will soon return to first team as the players have returned to training.

Wilshere has been on the sidelines since the start of the season, the last game he played was a preseason friendly. While Cazorla has been out since November, he picked up an injury against Norwich City in a Premier League game.

Wenger revealed at Arsenal.com that both are back and are currently just running. They will have to pass a fitness test before returning to action.

It is expected that both will return in the next few weeks.

With Arsenal now struggling in the league the Gunners are in need of these midfielders especially Cazorla.

Francis Coquelin has recently returned but his season’s first half partner Cazorla is still few weeks away.


Arsenal will face league leaders Leicester City this weekend and a loss could snatch their title hopes. Leicester are five points ahead of third place side Arsenal.