Everton have completed the signing of striker Shani Tarashaj from Grasshopper Club Zurich, according to club’s official website. 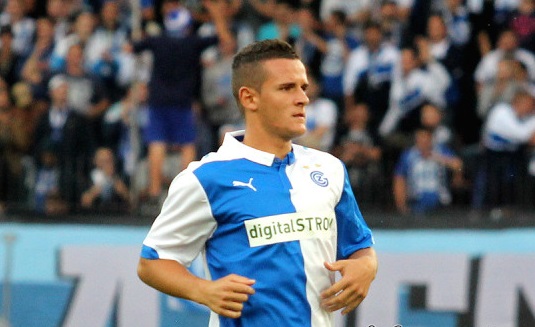 The reports earlier today confirmed that the Merseyside Blues have signed a young striker Shani Tarashaj from Swiss club Grasshopper.

The 20-year-old has signed a four and a half year deal but he will be moving back to the Swiss club on loan once he completes his move to the Premier League side.

Everton manager Roberto Martinez told that he is a young footballer with a big talent. He has a big future ahead.

The Switzerland international has made 37 Swiss League appearances so far since his promotion to first team few years ago.

Everton stated after his move that they are delighted to unveil the signature of young attacker who believes that he has made a right decision.

Liverpool Echo reported that the deal is concluded for a fee around £3million.

Meanwhile, young midfielder Liam Walsh has joined Yeovil Town on a one month loan deal, as per western morning news.

The 18-year-old has been a vital player for the academy but is yet to make a senior appearance. He has made two caps for England under 18.