Premier League side Arsenal are keeping strong tabs on Monaco starlet Kylian Mbappe, according to Talksport. 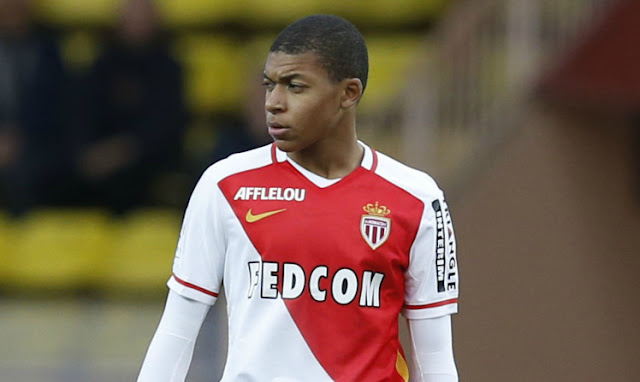 The Gunners are reportedly keen to sign Monaco striker Kylian Mbappe and could be making the bid soon.

Boss Arsene Wenger has been planning to sign a striker but is yet to seal any deal. Reports suggest that the Frenchman would end up with a youngster.

Arsenal scouts were present in Monaco's last game in which the youngster showed great game.

Mbappe is a versatile forward and he is only 17. He has made four appearances for the French side so far.

However, the teenager would not be getting a chance at the Emirates Stadium easily as the Gunners already have Olivier Giroud for the striking role.

Meanwhile on the other hand, Chelsea are also keeping tabs on the French starlet, as per the reports. The Blues could battle Arsenal in the race to sign him.