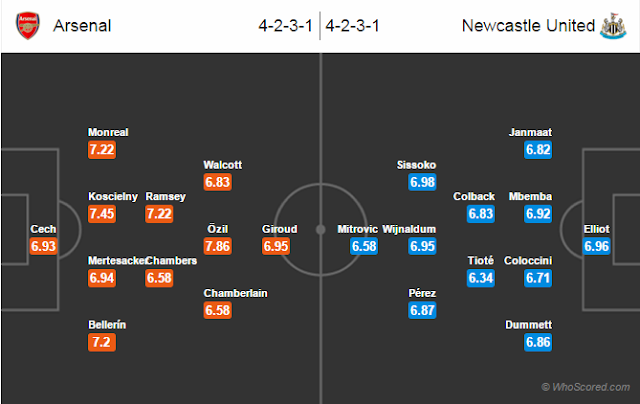 
Prediction:
Arsenal 2 – 0 Newcastle United, Mesut Ozil to score a goal for the home side.

The Gunners have been in fine form and are likely to win this game, the Premier League odds are also going into Arsenal's favour.