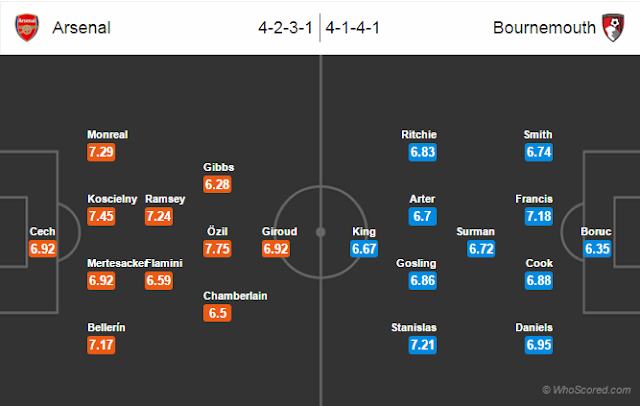 
Bournemouth
Stats:
Prediction:
Arsenal 1 – 0 Bournemouth, Olivier Giroud to score the winner for the home side.
A win for the Gunners would take them to top, but depends on tomorrow’s game between Leicester City and Manchester City.