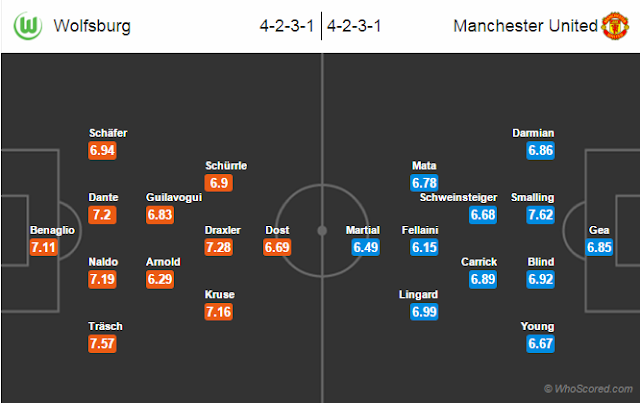 Team News:
Wolfsburg
Manchester United
HOW TO WATCH LIVE ONLINE? HERE IS THE FULL GUIDE!
Stats:
Prediction:
Wolfsburg 1 – 1 Manchester United, Marouane Fellaini on the score sheet for the away side. A draw would be enough for the German side to secure qualification but the English outfit could lose their second place if PSV win against CSKA Moscow.