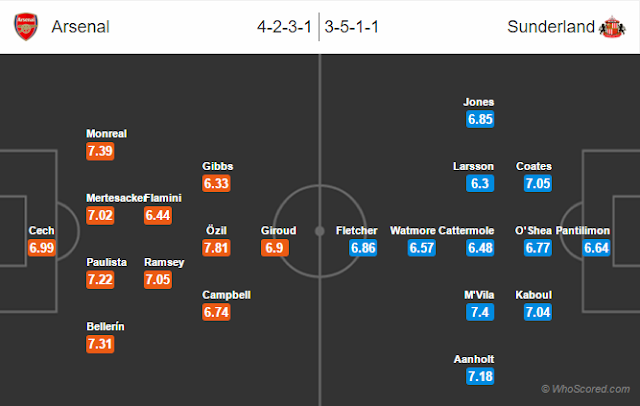 
Arsenal 1 – 1 Sunderland, Olivier Giroud on the score sheet for the home side.