West Brom will host Arsenal in the 13th matchweek of the Barclays Premier League this weekend at the The Hawthorns.
Kick-Off: 15:00 BST
Date: Saturday, 21st November, 2015
Venue: The Hawthorns, Birmingham
Referee: Mark Clattenburg 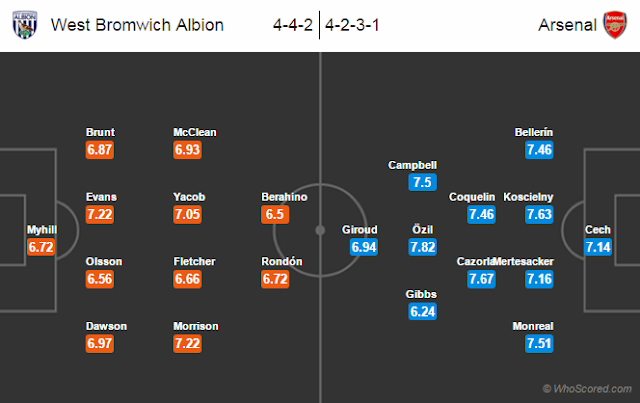 
Arsenal
How to watch the match? Read Full Guide and watch on ultra fast speed online!


Prediction:
West Brom 1 – 1 Arsenal, Olivier Giroud to score for the away side.