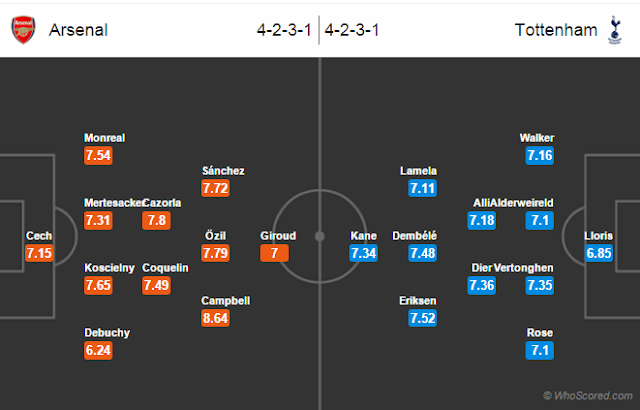 
Tottenham
HOW TO STREAM LIVE, FAST AND FREE OF ADS?


Prediction:
Arsenal 1 – 1 Tottenham, Harry Kane on the scoresheet for the away side.