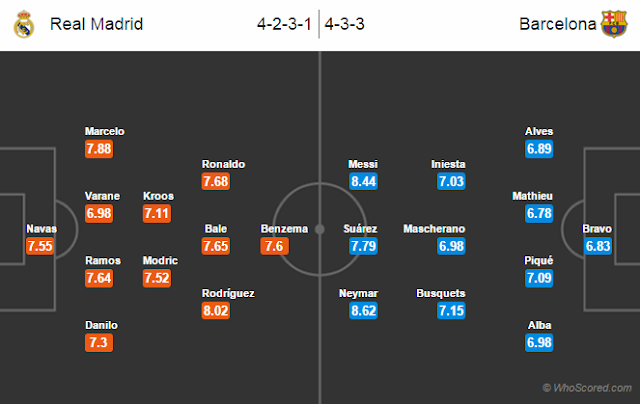 
Real Madrid 1 – 2, Luis Suarez and Lionel Messi to score for the away side.