Arsenal youngster Harry Donovan joins Millwall Arsenal starlet Harry Donovan has agreed to leave the Gunners for Football League One side Millwall, according to Daily Star.

Arsenal starlet Harry Donovan has agreed to leave the Gunners for Football League One side Millwall, according to Arsenal.com. 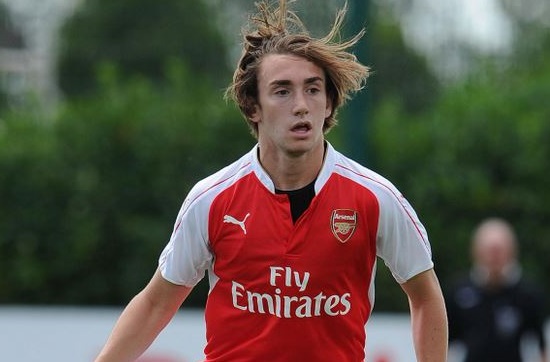 The reports have confirmed that the Gunners under 18 player Harry Donovan has agreed to join Millwall as the club refused to give him a professional contract.

The 17-year-old has been training with the first team but he failed to impress boss Arsene Wenger.


Donovan who has been part of Arsenal academy under 18 level has played in UEFA Youth League.

Arsenal.com confirmed after revealing the following statement: “Everyone at the club would like to thank Harry for his contribution and wish him the best with the Lions.”

Meanwhile, Millwall boss Neil Harris said that the youngster has impressed him in last week’s trial and he will become a good part of the team.

While on the other hand, former Arsenal midfielder Oguzhan Ozyakup is set to stay at Turkish side Besiktas.

The 23-year-old has been linked with a return to Arsenal, according to Daily Express.

However, he has denied it by saying that he is very happy at Besiktas and is eyeing to win the league this season.

Ozyakup made only three appearances during his four years of stay from 2008 to 2012 at the Emirates Stadium.