Arsenal have revealed the lineup for the upcoming lash against Sheffield Wednesday in the fourth round of Capital One Cup.

Following is the lineup along with the substitute list. 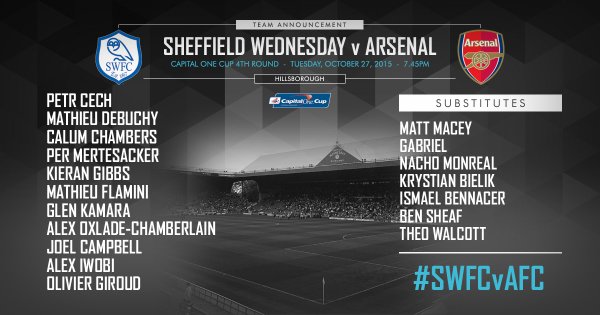 Tagged with: Arsenal capital one cup Junaid news and articles