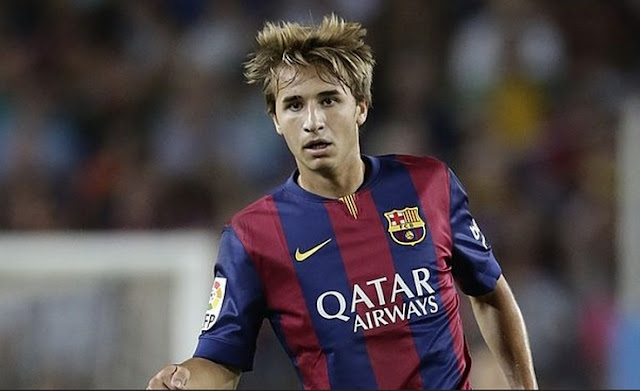 The 20-year-old has been struggling for first team opportunity at Camp Nou and has been in link with a move away from the La Liga giants.

The reports revealed earlier today that Arsenal are keeping close tabs on the starlet and could be making a move in the winter transfer window which will open in January.

However, the Catalans are in no mood to sell their youngster despite of his struggling life at Camp Nou. Barca are not allowed to sign new players which is the main reason for net selling their youngsters.

Samper is confident that Barca would allow several players to leave the club including him in January when the ban concludes from the transfer market.

Gunners boss Arsene Wenger is keen to land the top youngsters from Barcelona and Samper is one of them. Reports have also linked several other clubs are also in the race to sign the defensive midfielder. However, the Spanish star has hinted that he wants to move to Premier League’s top side.

Samper made four appearances last term for Barca but is yet to get a chance this season.