Manchester United are reportedly planning to seal the double deal of star players Antoine Griezmann and Paulo Dybala in the summer window. 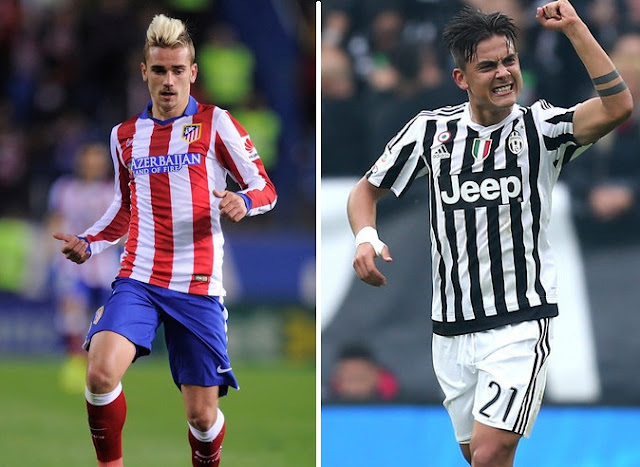 While, the Spanish media Fichajes claimed on the other hand that the Red Devils boss Louis van Gaal is keeping strong tabs on Atletico Madrid attacker Antoine Griezmann.

The French attacker who has been one of the star player for Atletico Madrid since his move is eager to join a better club.

The reports revealed that the Premier League giants are planning for a double swoop for 68 million pounds.

Despite of signing two top youngsters Memphis Depay from PSV Eindhoven and Anthony Martial from Monaco in the last transfer window, LVG is keen to bolster his squad further.

Meanwhile, it is also expected that the arrival of these players could open the exit door for the senior players like Wayne Rooney who could make his mind to leave the Old Traffod.