Chelsea sign Marco Amelia Chelsea are set to reveal the signing of a new goalkeeper Marco Amelia on a free transfer today, according to Daily Mail.

Chelsea are set to reveal the signing of a new goalkeeper Marco Amelia on a free transfer today, according to Daily Mail. 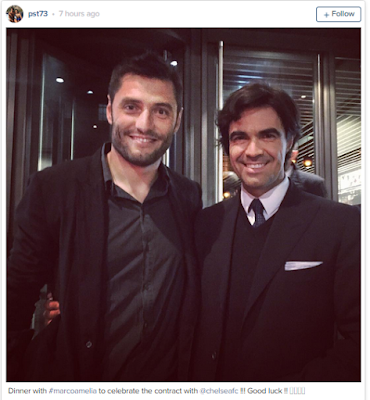 The reports revealed earlier today that the former AC Milan goalkeeper has agreed to sign for the London side and will be unveiled later today.

Chelsea were already in search of a goalkeeper as their first choice keeper Thibaut Courtois has been out since the start of the season while the summer signing Asmir Begovic has also suffered the injury recently.

Blues manager Jose Mourinho believes that the injury to both of them could further end Chelsea’s season.

The London side are struggling in the Premier League so far this season. They have won only two of their eight Premier League games. Currently sitting on 16th spot.

Amelia who was part of Italy World Cup winning squad in 2006 played for Serie B side club Perugia last season.

Meanwhile on the other hand, Chelsea are set to seal a new deal with Brazilian midfielder Ramires, according to London Evening Standard.

Mourinho is keen to seal his new deal despite of knowing that he still has two year left on his current contract.

Italian side Juventus have been reportedly eyeing for the winter move.