With a month has now passed since the Premier League started, some youngsters have started to show their talent while the others are still waiting for the opportunity.

Here are the top five youngsters that are expected to shine in this Premier League season. 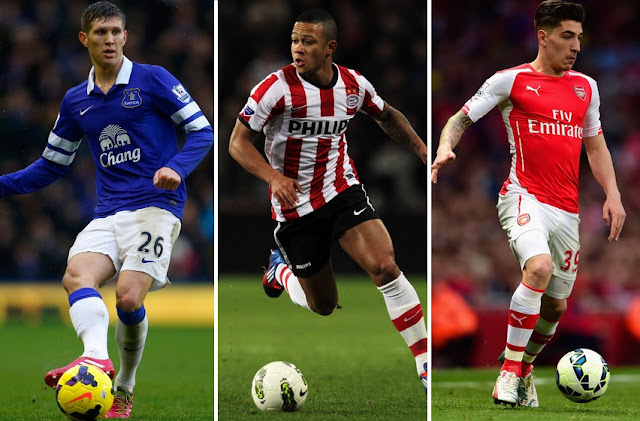 John Stones – Everton
Everton center-back John Stones played an exceptional last season which caught the attention of so many big clubs including Manchester Untied, Manchester City and Chelsea.
Chelsea were keen till the very last day of the recent transfer window, however Everton boss Roberto Martinez was in no mood to sell him.
The 21-year-old has already broken into the England senior team.

Raheem Sterling – Manchester City
Raheem Sterling moved to Man City few months ago after impressing at Liverpool in the past few seasons. The Citizens paid £49million to Liverpool to secure his deal.
The 20-year-old is yet to impress in the starting four games but it is expected that he would be reaching top level soon.

Hector Bellerin – Arsenal
The fastest player in the Premier League Bellerin is a future Spain full-back. The former Barcelona youth star was linked with a move back to Barca but Gunners boss Arsene Wenger didn’t want him to leave at this stage.

Memphis Depay – Manchester Untied
Manchester United signed Memphis Depay this summer after his impressive displays for the Dutch side PSV. He netted 22 goals in 30 games for them last season.
The Dutchman has been rated very highly and has proved himself in the Champions League qualifying matches but he is yet to shine in the Premier League.

Harry Kane – Tottenham Hotspur
Last season winner of best Premier League youngster award Harry Kane has been a vital player for Spurs.  He netted 21 goals in league last season.
The London side have only Kane for the striking role this season and boss Mauricio Pochettino is hoping another big season from the Englishman.