The Premier League’s Most Injury Prone Players Of All Time

Like many sports there are always a small group of players that always seem prone to injury, and in the footballing world things are no different. A number of big names in football are often more synonymous with sitting on the bench than actually playing due to sickness or ongoing injury problems. As the new football season enters full swing, we cast our eyes back over the Premier League’s perennial ‘sick notes’. 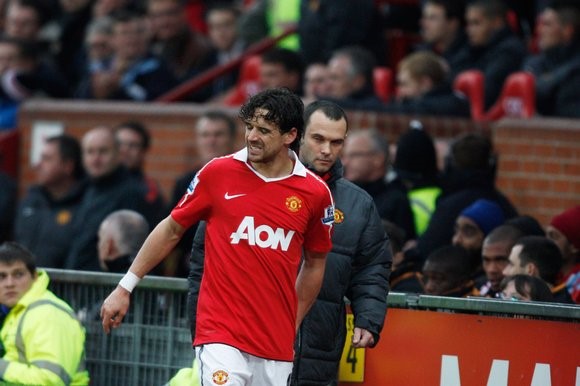 DARREN ANDERTON
Lovingly referred to by fans as sicknote, the Tottenham Hotspur midfielder was notorious for picking up injuries at White Hart Lane during his 12 year stint at the club where he managed just under 300 appearances. Anderton was beleaguered by an Achilles tendon injury and other notable muscle, joint and groin grievances throughout his career, much to the frustration of his club fans and numerous managers.

OWEN HARGREAVES
One midfielder constantly on injury watch throughout his career is former England footballer Owen Hargreaves. A hugely talented professional, he was certainly strong and skilled enough to have become one of the greatest midfielders of his generation however he was unfortunate enough to be constantly plagued by injury concerns throughout most of his senior career.
During his playing stint at Bayern Munich, Hargreaves managed to pick up calf and thigh problems leaving him out for several weeks and in the 2006-07 season he broke his leg which left him out for most of that season’s campaign. A move to Man United then saw him face recurring patellar tendinitis issues- and a hamstring injury- meaning he only appeared 27 times for the reds before moving across to Manchester City where he made just one solitary appearance during a 12 month spell.

JONATHAN WOODGATE
It’s always a great shame when injuries really restrict some players from realizing their true potential and another fine example of this is former defender Jonathan Woodgate. It was Newcastle United that spotted this potential when they picked up Woodgate from Leeds United in 2003 for £9 million. Unfortunately, injury ended his debut campaign earlier than expected before, rather surprisingly, Real Madrid bought him over to Spain whilst he was still on the side-lines. A whole season had elapsed before Woodgate even made his club debut for the Spanish side and it was a night to forget as the Englishman managed to score an own goal and get sent off.

MICHAEL OWEN
Michael Owen was an incredibly talented international striker who bagged a plethora of memorable goals in his professional career. However, after Owen left Liverpool in 2004, a string of injuries and loss of form meant he spent most of his remaining playing days on the bench. Constantly hampered by hamstring injuries amongst other problems, Owen’s career drifted to the periphery before he hung up his boots in the Premier League with Stoke.