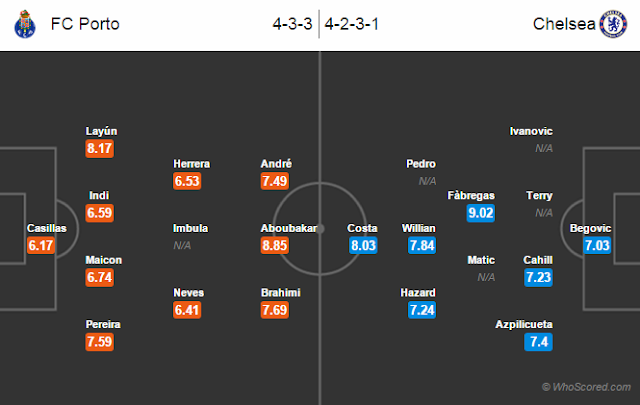 
Prediction:
Porto 2 – 1 Chelsea, the Premier League side have been in worst form, they are likely to lose this away game.