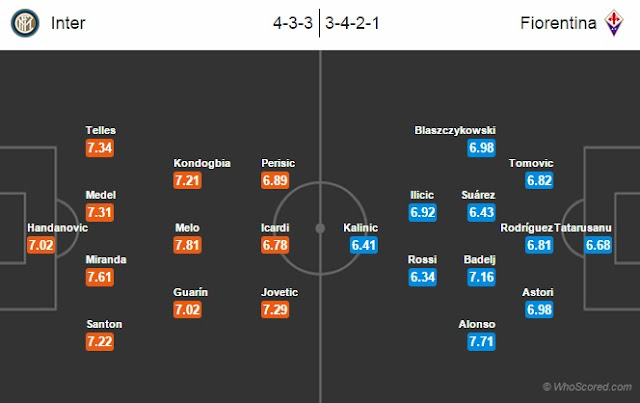 
Prediction:
Inter Milan 1 – 1 Fiorentina, Stevan Jovetic on the scoresheet for the home side.
Fiorentina are just three points behind Inter and a win could take them to top of the table. But a draw could cost them their place, depending on other fixtures' results.