Several of top clubs including Manchester United and Arsenal failed to sign their summer targets in the recent transfer window. However, they have still the chance to make their squad better by signing one of these free agents. 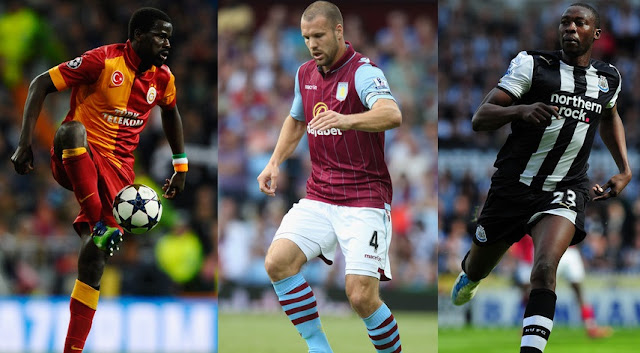 Here are the top five free agents that are still available to be signed.

5. Yoann Gourcuff (Attacking midfielder)
Arsenal long term target Yoann Gourcuff is currently a free agent. The Frenchman parted ways with the French side Lyon at the end of last season and is still yet to join a club.
The 29-year-old is expected to join a Premier League club with Arsenal and Watford are the clubs taking interest in his free move.

4. Shola Amoebi (Striker)
Shola Amoebi spent his entire career at Newcastle Untied but after the new signings the Magpies did not offer him a regular chance and he parted ways to pick a new side for his career.
However, Championship would be a better league for him if he wants to play regular football.

3. Emmanuel Eboue (Left-back)
The former Arsenal full-back spent four years at Turkish club Galatasaray before being released in last May.
The Ivorian made 77 league appearances for the Turkish side and is now currently waiting to get a new club.

2. Kevin Nolan (Midfielder)
Former West Ham captain Kevin Nolan has been out of favour under new boss Slaven Bilic. The 33-year-old is likely to join a new club on a free transfer soon.
The Englishman is expected to join a mid-table side in the Premeir League.

1. Ron Vlaar (Centre-back)
Manchester United long term target Ron Vlaar could be targeted by the Red Devils once again as the center-back will be available on a free transfer.
The 30-year-old is currently at Villa Park but did not sign a new deal. He is currently out with a knee injury and would be keen to join a new club in January.