Arsenal fans have reacted very funny on the social media after a poor transfer window by boss Arsene Wenger. 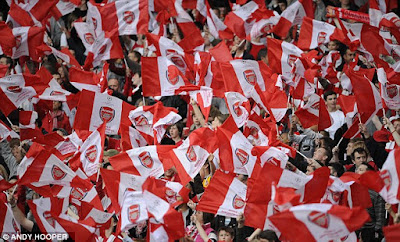 The Gunners boss only managed to sign Petr Cech from Chelsea for 10 million pounds in the start of the summer window.

Arsenal were heavily linked with several of World Class strikes including Karim Benzema of Real Madrid and Edinson Cavani of Paris Saint Germain, however the Premier League side failed to capture any deal.

The Gunners’ fans were waiting for a big deal on the deadline day but the French boss came with nothing in the end.

Arsenal have been struggling with striking problems as Danny Welbeck is out with a knee injury which he suffered in April. It was reported that the Englishman would return this week but after the surgery the medical team confirmed that he will be out for further few months.

The fans were quick to react to Gunner’s failure in the market. They have been planning with Benzema as their striker and in the end they ended with Olivier Giroud once again.

Here are the two best tweets picked up by FootballNewsGuru that made the world laugh.

After the news about Welbeck, no signing in the window,other strikers go out on loan. AW must be doing a lot of this pic.twitter.com/9ENwXleZeh
— GöönerGössip (@GoonerGossip) September 3, 2015