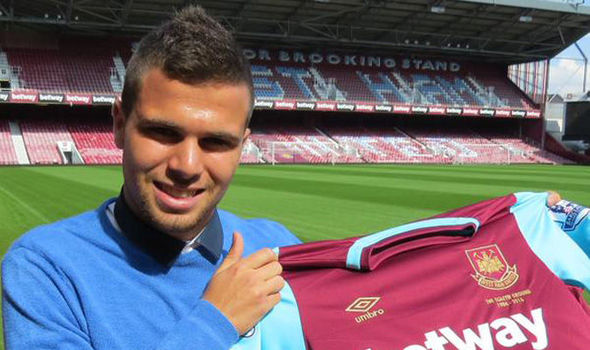 The reports have revealed that the teenager has agreed the deal, international clearance is the only thing remaining for him to complete his move to Upton Park.

Belic who became the youngest player to play in Serbian top league in April 2012 when he was 16 is still holding the record.

The 19-year-old told after his move to Premier League side that it’s a dream come true and he is keen to play in the best league in the world.

He told West Ham official website: “It's a dream come true for me.”

The forward has reportedly signed a one year deal with the option to extend in the future if he impresses.

Belic will be playing for the under 21 side and if he impresses the boss then he would be getting a chance in the first team.

The Serbian further added that he is planning to score lot of goals and prove himself so that he can score goal for first team, one day.

Belic has played for Serbia under 17 and under 19 levels, currently hoping to get a chance in the senior side.