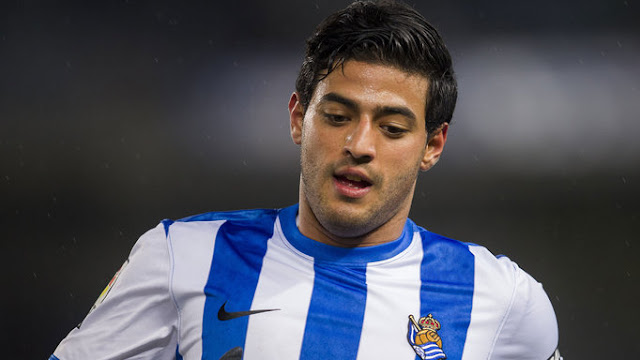 The La Liga club sold Pedro Rodriguez last month to Chelsea and are now eyeing to find his replacement. Pedro joined Chelsea for a fee around £22 million.

It is reported that Barca boss Luis Enrique has been eyeing Vela for the past few weeks and will now be making a bid once the transfer window reopens in January.

New Barca sports Chief Robert Fernandez has also reportedly made a transfer list for the winter transfer window and has put the Mexican forward's name in it.

The former Arsenal forward was in continuous link with a move away from San Sebastian throughout the summer. However, Real Sociedad succeeded in keeping him at the club.

An offer from Barca would be difficult for Vela to reject but he would certainly have to make his mind for the bench role.

The 26-year-old has netted 57 goals in 158 appearances for Real Sociedad since his move from West Brom in 2011.

Meanwhile, Nolito and Jesus Navas are also part of the transfer list. Barca would be signing both of them despite of signing Arda Turan and Aleix Vidal in the recent window.