Arsenal failed to pick up the three points against West Ham United in their Premier League opening game at Emirate Stadium. The Hammers won the game by two goals to nil, thanks to Arsenal new goalkeeper Petr Cech as he made two mistakes which cost the goals. 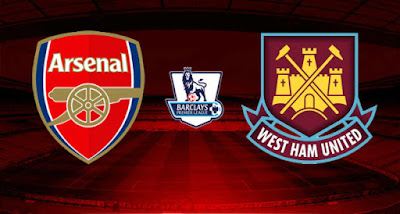 Below are Arsenal player ratings.

STARTING ELEVEN
Petr Cech - 5/10
Cech failed to make an impact in his first game for Arsenal in the Premier League. The World Class keeper made two mistakes which both led to goals.

Mathieu Debuchy  - 6/10
The Frenchman started the match ahead of last season’s star Hector Bellerin, however he was not on his top form.

Per Mertesacker - 7/10
Diafra Sakho could have easily broken the deadlock but the German center-back made a vital interception. He was also solid in aerial balls.

Laurent Koscielny - 5.5/10
A poor day for the Frenchman. Koscielny was not upto his mark, failed to track their attackers.

Nacho Monreal - 5/10
Monreal failed to mark his man Cheikhou Kouyate as he scored a free header from the free kick.

Francis Coquelin – 5.5/10
Coquelin worked hard but was not good in passing the ball.

Aaron Ramsey - 6/10
The Welshman was unfortunate as the free kick on which Hammers scored the goal was conceded by him.

Alex Oxlade-Chamberlain - 7/10
The Englishman was Arsenal’s top performer. He made an amazing effort on goal when he hit a great volley outside the box.

Santi Cazorla - 5/10
Cazorla tested himself in various positions throughout the game but unfortunately was not able to get on top of his form.

Olivier Giroud – 4.5/10
Giroud could have scored Arsenal’s first goal of the season but failed to convert the few opportunities into goals.

SUBSTITUTES
Theo Walcott - 5/10
Failed to make any influence from the bench.

Alexis Sanchez - 5.5/10
The Chilean worked hard in the short period of time and was the real threat to the opponent defenders.