Arsenal to sign Edinson Cavani and Asier Illarramendi Arsenal are closing on to sign two deals in the final day of the transfer window, according to reports.

Arsenal are closing on to sign two deals in the final day of the transfer window, according to reports. 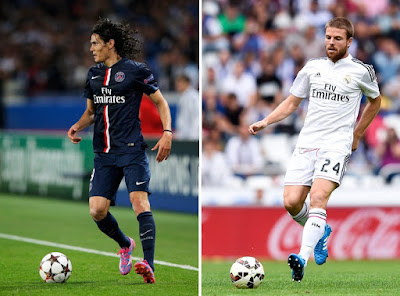 The Arsenal fans have not been happy with the boss Arsene Wenger as he is yet to sign any World Class striker. Despite the reports linked the Gunners with Real Madrid striker Karim Benzema. However, the recent reports claim that the Gunners are closing on two deal on the transfer deadline day.


Paris Saint Germain forward Edinson Cavani and Real Madrid midfielder Asier Illarramendi are both set to complete their move to the Emirates Stadium in the next few hours.

The Gunners only signed Petr Cech and are likely to make the next two signings later today.

The reports revealed that Cavani and Illarramendi both will cost a combined fee around £59million. Cavani will worth around £44million while the Spanish midfielder would take the rest of the fee.

It is believed that the Gunners have now lost hopes for Real Madrid striker Karim Benzema and are now keen to sign Cavani.

Meanwhile, Illarramendi who has been linked with a move away from Real Madrid was also linked with Liverpool.

With the addition of these two, the Gunners would definitely be able to fight for the Premier League title.