Twelve teams started this tournament, with few teams aspiring to go all the way and for rest of the teams to see how far they can manage to reach in this South American journey. The tournament had a few surprises, a few controversial moments but in the end two deserving teams made it to the final, with both teams a step closer from being crowned as champions of South America. 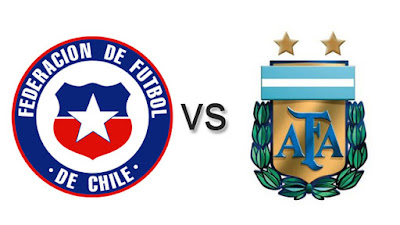 Both these teams have stressed the importance of winning this trophy; with likes of Angel Di Maria and Lionel Messi having reiterated that they would gladly give away their domestic trophies just to win this one.

Those host nation Chile who were considered as one of the favourites of winning this tournament believe with the help of their home support are confident they can achieve this feat and earn their first Copa America title.

La Roja have played their football with confidence and have ensured they get the winner before ninety minutes unlike their opposition who had to grind out a victory in their quarter-final. Although the Chileans have played exceptional football they had to overcome a few controversies on and off the field. But it’s all in the past now and La Roja must focus on the positives and not let the negatives affect their performance in the final.

Chilean supporters will be relying on their talisman, Juventus midfielder Arturo Vidal to play a vital role in the final. Also La Roja supporters have found a new hero to be buzzing about, the tournament top scorer Eduardo Vargas the QPR striker had a horrid season in the recently concluded English Premier League, but has impressed not only his teammates but also his nation by putting in some fine performances for the national side. The Chilean forward has bagged four goals in this tournament who is giving his fellow team-mate Vidal a run for his money for the tournament’s top scorer.

The only disappointment for the Chilean side would be the form of Arsenal attacker Alexis Sanchez, who had a terrific season with Arsenal winning the FA Cup and scoring plenty of goals, has failed to replicate his club form in this tournament. The Chilean has scored only one goal in this tournament and has provided just one assist; nevertheless the Arsenal man is a big game player and generally punishes opposing sides in big occasions like this.

Argentina, like Chile was also considered strong favourites to go all the way and clinch the silverware. Although the Albiceleste have won the tournament an astounding fourteen times, the last time they picked up this coveted trophy was way back in 1993. The Albiceleste captain was only just six years old at that time when his country won this trophy.

The Argentineans started the tournament by playing some ordinary football, grinding narrow victories which did please the boss Tata Martino who was very vocal about his sides performances till the quarter-final. It was not the usual quick-fluid passing, deadly counter attacking and striking threat that most of us are used to seeing from the Albiceleste. It was only in the semi-final against Paraguay where the supporters as well as the rest of the world saw the real game play from Argentina that we all know and expect from them. Punishing the Paraguayans with their swift deadly counter attacks and most importantly making a statement that we are here to play and we mean business. This performance also saw Coach Tata Martino finally say something positive about his side’s performance.

Even though La Albiceleste have enjoyed a good run, the only disappointment for Argentina supporters and for the rest of the world would be the talisman Lionel Messi not getting on the score sheet often, his only goal in this competition was on the opening group match against Paraguay scoring from the penalty spot. Many would have assumed the Argentinean to be firing all cylinders in this tournament as he had a fine season with Barcelona winning the treble. Even though the Albiceleste skipper hasn’t been getting on the score sheet, he is still a vital figure in this Argentina side having provided three assists and also having more shots on goal in this tournament a total of seventeen shots, it’s just unlucky any of those shots have not landed in the back of the net.

Both these teams are desperate for Copa America glory, some ready to sacrifice their club trophies for this one, some just to create history by making their nation proud. Regardless of the result, it’s going to be a cracker of a game and let’s hope a controversy free one.