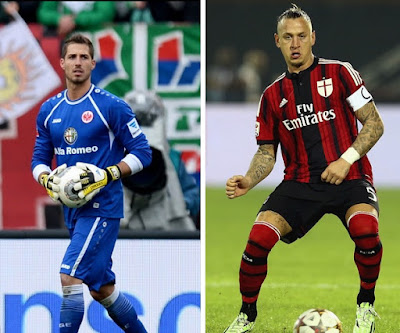 The 25-year-old has agreed a five year deal with the French side.

PSG have signed him as a back keeper, he will have to fight Salvatore Sirigu and Nicolas Douchez for the first team role.

Sirigu who played as the first choice keeper for PSG last term kept 12 clean sheets, he is expected to continue at the goalkeeper role in the coming season.

PSG stated on their official website that Trapp has sealed five year contract.

The goalkeeper will now be moving to Austria as PSG is currently enjoying their preseason tour.

Meanwhile, AC Milan center-back Philippe Mexes sealed new one year contract at San Siro.
The star AC Milan defender would be playing another season despite of not qualifying for the Champions League campaign last term.

The Serie A side have already sealed big deals, Carlos Bacca from Sevilla, and Luiz Adriano from Shakhtar Donetsk. New boss Sinisa Mihajlovic is eyeing to bring back the old glory days back to Milan.
Also See: AC Milan agree Jose Mauri deal