Here it is again. Another final is on the way. The biggest event in the club football is about to come alive but this we will not be seeing an all-German or an all-Spanish finale instead it’s the clash between two of the greatest clubs in Europe. Its Barcelona vs Juventus. There’s no doubt in anyone’s mind how exciting this fixture would be with two different footballing cultures about to clash for the supremacy of their nation. Only one will be the eventual winner and only will get back home with the silverware and their name written on it. 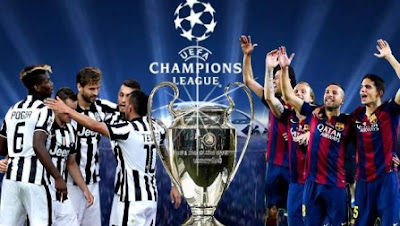 Race to Treble:
The race to complete the treble is high as ever with both clubs just one silverware away from completing the treble. A feat which is considered to be a milestone in a club’s history and a year to be remembered.

Barcelona have already won La Liga for the 23rd time and also the Spanish Super Cup for the record 11th time defeating Athletic Bilbao in the final and are now looking to add the Champions League trophy to their cup tally.

Juventus have won Serie A for the record 31st time and for a consecutive fourth year and to add to that they have also won Coppa Italiana for the 7th time defeating Napoli in the final. They will be looking to grab that trophy to delight their supporting fans.

The Road to Berlin:
The way to berlin was never a bed of roses. It was full of thorns and thistles for both of them and yet they proved to be strong enough to defeat all the teams that came in their way to eventually book a ticket for the Berlin final.

Barcelona topped in the group stages having won against PSG, Ajax and Apoel to qualify for the knockout rounds where they defeated Manchester City, PSG and Bayern Munich to reach the final of the mega event.

Juventus’ path was a bit shaky having come behind Atletico Madrid in a group consisted of two other teams Olympiakos and Malmo. They proceeded towards the knockout stages where they first eliminated Borussia Dortmund then AS Monaco and eventually the Spanish giants Real Madrid in the semifinals to reach the final of the UEFA Champions League.


Game Play:
It will be an exciting fixture to watch as both teams will be giving their best to achieve that milestone. We’ll experience a match between two totally different gameplay and tactical approaches.

On one hand we have a World class attacking trio of Messi-Suarez-Neymar while on the other hand we have one of the best defense any team could offer the proof of which we have seen in semifinal in the match between Juventus and Real Madrid.

Looking at their midfields we have one of the best midfielders in the football playing against each other the class of Andrea Pirlo against the legend of Xavi Hernandez. The work rate of Ivan Rakitic testing that of Arturo Vidal. Paul Pogba head to head against Sergio Busquets and the creativity of Marchisio colliding with that of Andres Iniesta.

Juventus will have one of the most experienced man in their goal in the personality of Gianluigi Buffon who has won numerous finals and proved to be an asset whenever the team needed him.

The pace of Carlos Tevez could also pose a threat but that could be managed as Barcelona have one of the best full backs in the form of Dani Alves and Jordi Alba.

There’s no doubt both teams are equipped with quality and world class players having all the capabilities of a match winning player. The point is who will shine at the moment when it is needed most.

Prediction Time:
Predicting a fixture that has two totally different gameplays and tactical approaches is quite difficult but surely it will be match of physical and tactical skills.

For my vote, the trio of Messi-Suarez-Neymar can unlock any defence that comes in their way apart from the fact that the Old Lady has a very unique style of defense. We have seen that throughout the whole season how dangerous could these three can get so it will be a 3-1 to Barcelona.