Finally the Champions League final is here and it will be one of the most exciting games of the season. Juventus and Barcelona will go head to head at Olympiastadion in Berlin.
Kick-Off: 19:45 BST
Date:  6 June 2015
Referee: Cüneyt Çakır (Turkey) 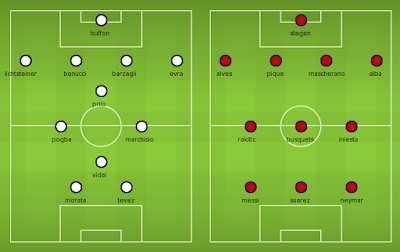