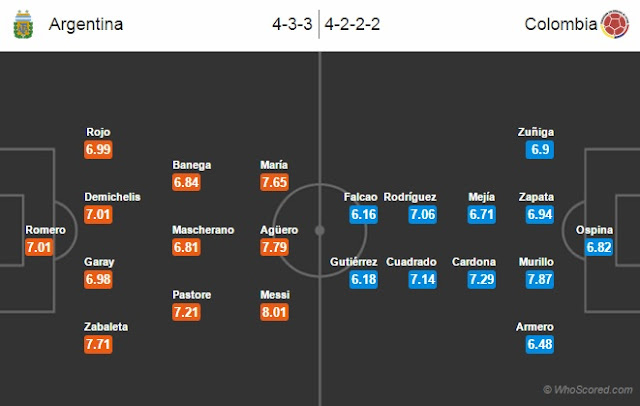 Prediction:
Argentina 2 – 1 Colombia, Lionel Messi on the scoresheet.
Lionel Messi is yet to shine in this campaign, he has just scored a goal which was on penalty. Argentina have not scored enough goals despite of having the best strike force in this competition.