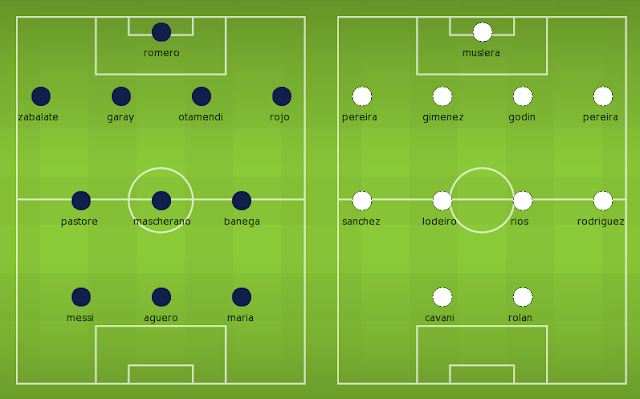 
Prediction:
Argentina 2 – 1 Uruguay.
Argentina failed to win their first game against Paraguay, they earned a point only. While Uruguay earned three points with a close win over Jamaica.