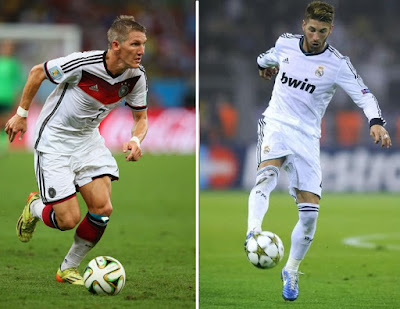 SkySports understand that Man United boss Louis van Gaal is eyeing to do a swap deal for Sergio Ramos. Real Madrid have been targeting David De Gea for the past several months and have offered several times, however Untied are in no mood to sell their star goalkeeper. But the recent reports claim that Louis van Gaal wants to exchange De Gea with Ramos.

The 29-year-old defender has been with Real Madrid for the past ten years. He has been an important part for the Los Blancos.

Ramos’ arrival would be great for the Red Devils but it remains unseen whether the veteran wants to leave Real or not.

Meanwhile, Bastian Schweinsteiger who has been on United’s radar since last summer is now set to leave the German giants.

Schweinsteiger made only 15 Bundesliga starts last term and could now be planning to leave the club. The World Cup winner has been allowed to look for a new club this summer.

United have only signed winger Memphis Depay from PSV last month and are keen to land their second summer signing.