The first semi-final of the Copa America 2015 see the hosts Chile taking on their fierce rivals Peru for a place in the finals. One team had to dig deep and scrape a victory amid controversy; the other team cruised through to the semis with some individual brilliance. 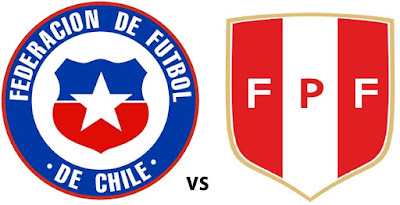 The home team started off their Copa America 2015 journey with a comfortable win over Ecuador and then in their second game with a thrilling three all draw against Mexico and they ended the group stage with a thumping victory over Bolivia. Everything seemed to be going fine for Chile as they looked a focused team to go all the way in this tournament.

But, controversy struck when the Chilean talisman Arturo Vidal wrecked his Ferrari with the suspicion of drunk driving, with the Chilean player later confirming with the press for his reckless actions in a tearful press conference. Coach Jorge Sampaoli was under a lot of pressure whether to axe the Juventus midfielder from his side for his actions, but instead kept faith and retained him.

Chile and Vidal moved past that incident ready to take on last year’s champions Uruguay in the Quarter-Finals. The La Roja eventually won the game one-nil with Isla scoring a late winner to dash the Uruguayans dream and keep La Roja’s hopes still alive. But that was not the talking point of this game. The press and the rest of the world were more focused the controversial incident between Cavani and Jara. With the PSG striker already being booked in the first half for dissent, midway through the second half, the Chilean defender provoked the already booked Cavani who responded with a slap on the defender’s face which hardly made any contact whatsoever. The referee was blindsided and failed to see Jara’s but noticed the Chilean’s defender reaction as he went to ground holding his hands in pain and seemed to be grimacing in pain, the referee had no option but to show a second yellow card to Cavani and send him off.

The actions committed by the Chilean defender seemed to have angered the club he plies his trade for; the Bundesliga side FC Mainz are ready to off-load the player if they receive any offers, as they are disgusted by his actions. The Chilean defender rightly deserves a three match ban which sees him ruled out for the entire tournament. Many feel that the punishment is not harsh enough.

Peru definitely the underdogs in this competition. Started off the campaign with a narrow injury time defeat to Brazil, but bounced back with a one nil victory over Venezuela and finished the group stage with a goalless draw to Colombia. Regardless of their underdog tag, La Blanquirroja tends to surprise big teams and always is up for the challenge. They finished the 2011 Copa America in Third place. Can Ricardo and Gareca and his men go one step this time around? La Blanquirroja faced a tough Bolivian side in the quarter-finals but in the end sailed through the semis with an inspiring hat-trick from J.Guerrero which sees the striker right up there with Vidal contesting for the Golden boot.

This Semi-Final between these two fierce rivals is set to take place at the Estadio Nacional in Santiago with a place in the final up for grabs for both these sides. La Roja will be looking for a controversy free game and also making their nation proud by reaching the final. Peru will be looking to recreate their glory days by reaching the finals for a third time having won the last the last two times they were in a final.