Reports have revealed that Arsenal are leading the race to sign Charlton teenager Joe Gomez this summer. 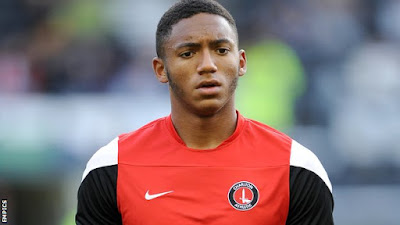 Joe Gomez, 18, is eyeing to seal a move to Premier League in the coming week, according to Daily Mail.

The reports claimed that Liverpool and Arsenal are in the race, however it would be Arsenal who are likely to win it. The Gunners have submitted a £7 million initial bid which would rise to £9 million.

The center-back is also been eyed by Bundesliga side Borussia Dortmund but the teenager wants to remain in his homeland.

Gomez who breakthrough in Charlton’s first team last term featured 24 times in all competitions and impressed with his qualities. The England under 19 can also play as a right-back.

Arsenal manager Arsene Wenger has good relationships with Charlton as he has previously signed Carl Jenkinson from them. Also, Francis Coquelin spent the first half of last season at Charlton on loan.

Gomez would not be going directly into the first team at Arsenal, however it is expected that he will be loaned back to Charlton just after his signature.

The reports claimed that Liverpool are now scouting other talents as they know that Arsenal will beat them in this race.