Arsenal flop attacker Ryo Miyaichi has agreed to join St. Pauli of 2. Bundesliga, as per SkySports. 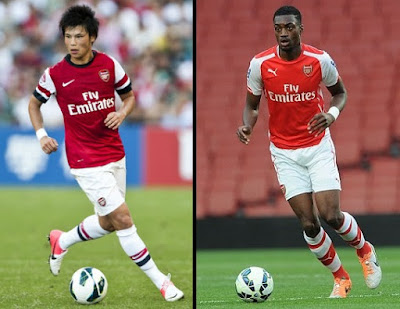 The 22-year-old move to Arsenal back from Chukyodai Chukyo High School in 2011. He was tipped to be one of the best future player, however he failed to make his name at Emirates Stadium.

Miyaichi played for several of average sides on loan including Feyenoord, FC Twente and Bolton but also failed there.

The Japan international made two appearances for his country and only seven for Arsenal. All seven were from the bench.

Miyaichi is known for his speed, quickness and ball control can be used on either side of the wing. But due to lack of attacking abilities he failed to become a threatening player.

Joining the second division side St. Pauli of the German League will not give him a future. He would certainly have to search for a better club after proving himself at St. Pauli.

Meanwhile, defender Semi Ajayi has also agreed to join Cardiff City, according to SkySports.
Ajayi spent last season on loan at Cardiff and impressed the boss with his skills. Now he has signed a long term permanent deal at the Championship side.

Arsenal officially confirmed by thanking both the players for their services.

"Everyone at Arsenal would like to thank both Ryo and Semi for their contributions to the club, and wish them well for their future careers”