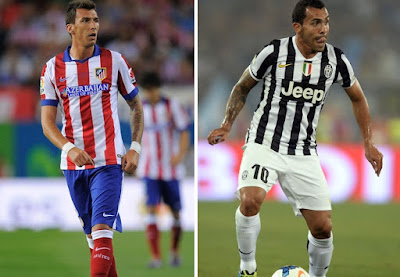 Manchester United who are already keen on Tottenham Hotspur striker Harry Kane have added another striker to their wish list. However, the Croatian has also been eyed by Serie A Champions Juventus.

The Daily Mail reported that the Red Devils are discussing over his possible move which would cost around £18million.

The 29-year-old netted 20 goals in 42 appearances for the La Liga outfit since his move from Bayern Munich last summer.

Atletico are already eyeing Juventus star Carlos Tevez for the summer move and this could mean that they will sell Mandzukic, as per Fichajes.net.

Tevez has already got an option to move back to his childhood club Boca Juniors who have reportedly offered £4million for his deal.

Juventus are also considering for a swap deal for Tevez and Mandzukic. The Italian goalkeeper Gianluigi Buffon is also trying to convince him to prefer a move to the Champions League runner up.

Mandzukic recently scored a goal against Buffon in a European qualifier game between Croatia and Italy.

Meanwhile, Arsenal are also keeping tabs on both the strikers and could be making a surprise bid.